10 Ideas For Your Next Album cover 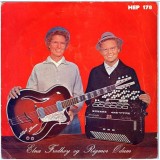 “Dude, what the hell are we going to put on our album cover?” This is a question every decent band must answer when coming out with a new album. Obviously this is a hard task, because there are about 200 000 different options of what you can do with your album cover: starting from design, typography, color, pictures, retouching, to the shape and material of your album.

Your album cover reflects you as a band, so it would be logical to take it from there. Let’s try this: I’ll show you an album cover of an Estonian band called Ewert And The Two Dragons. Maybe you’ve heard of them, but probably you haven’t. Look at their album Good Man Down and guess what kind of music do they play: 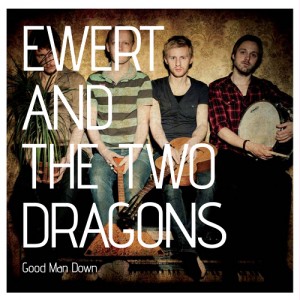 So, what do you think? Dubstep – no. Hard Rock – no. Indie/Folk – yes. You probably guessed that they play some sort of Indie Rock, which is what they were aiming for.

Sometimes you can get away with going the opposite way and putting something completely irrelevant on your album. If you’re going to take that route, please make sure your fans get it – or else you’re just going to alienate your fan base.

But now let me give you 10 ideas for your next album cover.

1. The Your Face Album Cover

You guessed it. This involves a photo of you in any decent position. This method is the most common among solo artists, so if you like vanity make sure you stand out and do something a bit different with your photos.

2. The Your Band Album Cover

Again, the same approach. Tested many times. Works! Especially if you are a good looking boyband or iconic glam artist.

3. The Less is more Album Cover

I know it’s a cliché. And saying it’s a cliché, sounds cliché. And maybe I’m being cliché, but anyway, you can try taking a minimalist approach with your album cover. What’s that? Is it a ghost, is it a bird? No – it’s the album cover of Linkin Park’s A Thousand Suns.

“I have a great idea! Our album is called The Blue Album, so let’s make it blue!” And that’s what Weezer did. Can you guess what’s on Maroon 5’s album titled Hands All Over? I’ll give you a hint – it’s got something to do with hands.

If your album has a cool title, maybe this is the approach you want to take.

This is the opposite of a literal album cover. An abstract album cover should grab your attention just by looking at it. Typically this type of album is very colorful and artsy. You can come up with awesome abstract album ideas when you’re drunk and when you have smoked something a bit too much.

Fantasy album covers make me think of fairy tales and monsters. Typically that’s also what they’re about. Meatloaf’s album Bat out of Hell II features a prone rider on a flying motorcycle next to a giant bat in a graveyard. If you’re music goes along with a fantasy world why not try this method as your next album cover.

Sex sells and I’m not going to talk about why it works. I’m just going to show you examples of  sexy album covers. You’re welcome.

You like fun, I like fun, everybody likes fun. So sometimes it’s justified to use humour on your album cover. Some artists are even funny without trying to be so.

Some album covers are just too wild to categorize them. Or what do you think?

There are a couple of album covers that are exactly that – epic. There isn’t exactly a formula for creating an epic album cover, but don’t let that get you down.

Try to be original with your album cover and do something a bit different. Start by thinking what reflects you as a band and take it from there. I hope this post gave you at least couple of ideas for your next album cover.

What are your favorite album covers? Leave a response in the comment section below.

9 Responses to 10 Ideas For Your Next Album cover